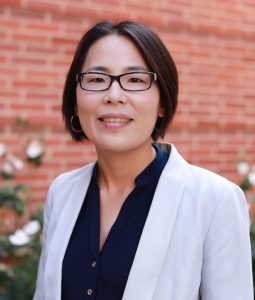 Miryung Kim is this year’s recipient of the ACM SIGSOFT Influential Educator Award. This award is the highest educational achievement award given by ACM’s Special Interest Group on Software Engineering. It is presented annually to an individual who has made significant contributions to the field of software engineering as a teacher, mentor, researcher, author, and/or policy maker.

In particular, the award committee noted Kim’s outstanding achievements in graduate and undergraduate mentoring with emphasis on research excellence, diversity, and inclusion. Kim has produced 5 professors (Columbia, Purdue, Virginia Tech, etc.) Each of her former PhD students has become an independent researcher and a leader in their sub-field. Three of them are associate professors, two are NSF CAREER winners, and two are women.

With this win, Kim joins her PhD advisor, the late David Notkin from UW, and her academic grandfather, the late Nico Habermann from CMU who won the award in 2012 and 2009, respectively, for his impact on graduate mentoring and nurturing the next generation of academics. Previous awardees also include a stellar cast such as Barbara Ryder, Mary Lou Soffa, and Leon Osterweil for their contributions to software engineering scholarship, graduate education, and mentoring of new software engineering faculty.