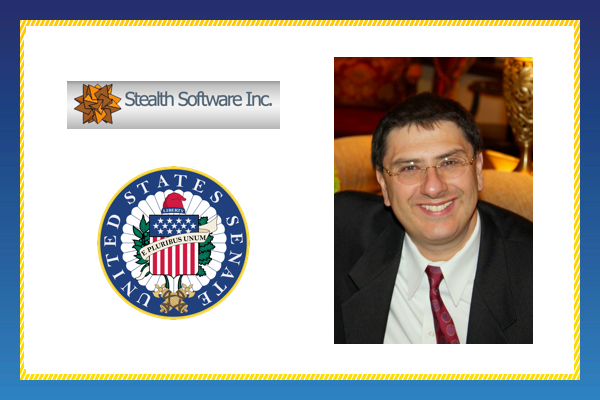 Recently, computer science professor Rafail Ostrovsky has been involved in developing technologies which play an integral role in a new piece of legislation aiming to help students make more informed decisions on where they go to college. The new bipartisan bill in the U.S. Senate, titled the “Student Right to Know Before You Go Act”, was introduced late last year by Senators Ron Wyden, Mark Warner, and Marco Rubio with the goal of empowering students and their families by requiring universities to publicly provide information on graduation rates, costs, debts, as well as expected salaries of graduates based on their field of study.

“Deciding where to go to college shouldn’t be based on guesswork,” Senator Wyden said during a press release. “The Know Before You Go Act puts the power back in students’ and families’ hands by giving them the opportunity to make the best possible choices for themselves about where to spend their hard-earned dollars. Our updated, bipartisan bill empowers students and families without forcing tradeoffs that sacrifice individual privacy or data security.”

Naturally, providing such information requires the handling of highly private data, so Ostrovsky – who specializes in applications of cryptography – alongside a UCLA startup run by his former students, Stealth Software Technologies, Inc., has been heavily involved in the security technologies mentioned in the bill. More specifically, the technologies being developed aim to analyze and process highly sensitive data without ever decrypting it, in order to ensure privacy of student data. At the same time, because the technologies will securely handle this highly personal data, institutions will be able to provide information that is more specific and more accurate than ever before.

“The idea is basically to enable students to estimate how much more they will be getting (as income) if they get a certain degree at a certain college. This requires comparisons of data from previous students who went to these colleges and their salary history against other people with similar characteristics who did not get such a degree,” Ostrovsky explained. “Obtaining such data is an incredibly sensitive issue: one must compare IRS data with student records, and of course, IRS data cannot be disclosed outside the IRS. This is where cryptography comes to the rescue…these technologies [will allow us] to compute on highly sensitive and personally identifiable information, without sacrificing privacy.”

With the help of these proposed technologies, students will soon be able to more accurately gauge whether going to a certain university is financially worth the costs, as well as which colleges might offer better opportunities for a particular field of study. Publicly offering such information will hopefully act as a step towards curbing student debt, as well as making what college or major to pursue a less stressful decision.

Ostrovsky continued to express his excitement for the project, not only because of its potential to help students and their families make more informed decisions about where their money goes, but also because of its countless applications towards other problems. “If this [project] becomes successful, other studies that are currently impossible may also become possible, such as correlating people’s habits to health records to advise the consumer on what habits lead to better health outcomes,” Ostrovsky said. “This again requires comparing datasets that typically cannot be shared, but thanks to recent advances in cryptography, computations using this data can be made with realistic performance parameters and without compromising individual privacy.”

In the long run, Ostrovsky hopes the technologies that he and his students and postdocs are developing for this bill will be able to be generalized over an even wider variety of contexts – healthcare, online shopping, etc. – in order to optimize consumer experiences and better inform the public while still preserving personal anonymity.

Read more about the Student Right to Know Before You Go Act and its projected impact here.