The UCLA Samueli School of Engineering welcomes 16 new professors in the 2018-2019 school year. Of those 16 new professors, four of them are Computer Science faculty members. Their profiles are below. 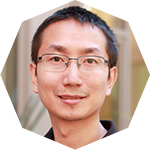 Quanquan Gu
Assistant Professor, Computer Science
Gu’s research focuses on statistical machine learning, specializing in developing robust, adaptive and efficient machine learning, data mining and optimization algorithms. Applications from this work include understanding complex data in social and information networks, neuroscience, and genomics. Prior to UCLA Samueli, Gu was an assistant professor of computer science at the University of Virginia. Prior to that, he was a postdoctoral researcher at Princeton University. Gu’s honors include the National Science Foundation’s CAREER Award and a Yahoo! Academic Career Enhancement Award. He received his Ph.D. from the University of Illinois at Urbana-Champaign. 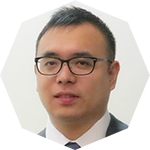 Cho-Jui Hsieh
Assistant Professor, Computer Science
Hsieh’s research is in developing new algorithms for large-scale machine learning problems. Applications from this work include major improvements in speed, scalability, model size and security. Hsieh is currently an assistant professor of computer science and statistics at UC Davis and will join UCLA Samueli in November. He is the principal investigator on a National Science Foundation grant and his honors including two IBM fellowships and several best paper awards at major conferences. He received his Ph.D. from the University of Texas at Austin. 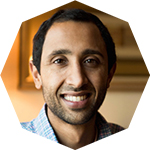 Ravi Netravali
Assistant Professor, Computer Science
Netravali’s research interests are in computer systems and networking, with a focus on building practical systems to improve the performance and debugging aspects of large-scale, distributed web services. His research aims to improve applications including web pages, mobile apps, and conferencing systems, for both users and developers. His honors include the Internet Research Task Force’s Applied Networking Research Prize and a Qualcomm Innovation Fellowship. Netravali received his Ph.D. from MIT. He will join UCLA Samueli in January. 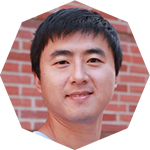 Harry Xu
Associate Professor, Computer Science
Xu’s research interests are in programming languages, compilers, runtime systems, distributed systems, big data systems and analytics, and software engineering. Prior to joining UCLA Samueli, Xu was an associate professor of computer science at UC Irvine. He has also been a visiting researcher at Microsoft Research. Xu is the lead principal investigator on major grants from the National Science Foundation and the Office of Naval Research. His honors include the 2018 Dahl-Naagard Junior Prize, awarded annually to an early career researcher that has made significant contributions to the field of object orientation. Xu has also received a Google Faculty Fellowship, several distinguished paper awards, and an IBM Ph.D. Fellowship while at The Ohio State University, where his received his doctorate.