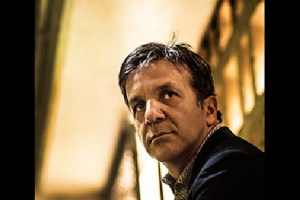 Professor Majid Sarrafzadeh has been chosen as 2021 fellows by the National Academy of Inventors.

Election to an academy fellowship is the highest professional distinction for inventors and innovators from academic institutions. The academy recognizes researchers who have “demonstrated a spirit of innovation in creating or facilitating outstanding inventions that have made a tangible impact on quality of life, economic development and the welfare of society,” according to its website.

Majid Sarrafzadeh is a distinguished professor of computer science, with a joint appointment in electrical and computer engineering. Sarrafzadeh leads research in digital and wireless health technologies and has founded several successful startups based on technologies developed at UCLA. Time magazine named an advanced, wireless subepidermal moisture scanner that he co-invented, which helps detect bedsores in advance, one of its 2020 Inventions of the Year.

The National Academy of Inventors is a member organization comprising U.S. and international universities, and governmental and non-profit research institutes, with over 4,000 individual inventor members and fellows spanning more than 250 institutions worldwide. To date, academy fellows hold more than 48,000 issued U.S. patents, which have generated over 13,000 licensed technologies and companies and created more than one million jobs. In addition, more than $3 trillion in revenue has been generated based on academy fellow discoveries.

The 2021 fellows will be inducted June 15, 2022, as part of the 11th National Academy of Inventors conference in Phoenix, Arizona.